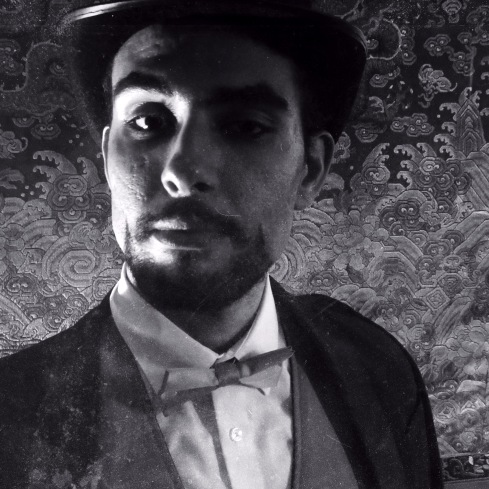 As the scenes flash by, there are all sorts of queer noises, such as the cries of wolves and the hooting of owls, not to say anything of the screams of Dracula’s feminine victims, who are found with twin red marks on their white throats… In this guise he is supposed to be able to talk to his victims, who are either driven insane or are so thoroughly terrified that they would sooner do his bidding than pay heed to those who have their welfare at heart. – Mourdant Hall

In the gentle lift of a breeze, a daisy performs an arabesque, and Marguerite steps forward. There has never been a time where she has not wanting to stand en pointe and bow her neck in graceful arches. There was a memory Marguerite clung to: her mother’s stockinged knees draped in summer linen, her older sister’s hands in hers, and as they galloped around Maman in a circle, Maman laughed and stood relevé above her daughters, and to Marguerite, her mother was the Fairy Queen, and they, her court. “Nannette,” came Grandmere’s stern voice from the house. She was a mean old French Creole belle, still mourning Pèpére, still mourning the South of her youth. Maman took her daughters’ hands. “Come Marguerite, my daisy! Come Ivonne!” 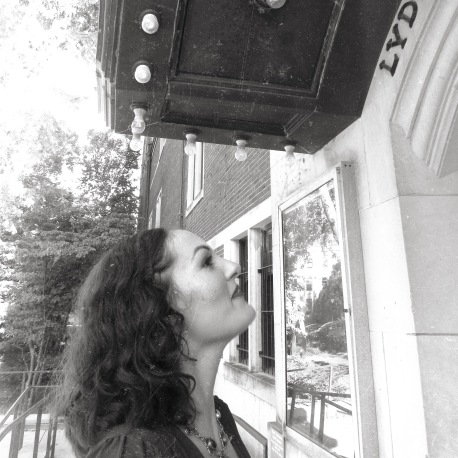 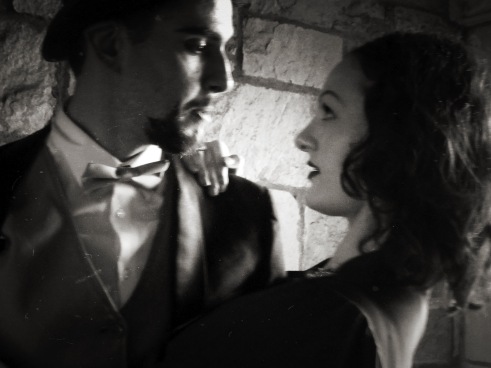 A mentalist, that’s what he would call himself. Perhaps a practicer of mesmerism, and powerful, too. A brewer of enchantments. A mentalist. A hypnotist. A man noted for his ability to ensnare all who slipped into his trap, all that enchanted him. The moment he saw her… the moment he could lay his trap. The moment he led her to believe that her kindness was her misfortune. She said she had always wanted to be a dancer, from the moment she was born. She had placed her hands in her sister’s and danced around her mother. Her mother had been an aspiring opera chorus member when she had decided to marry. Maman was long gone now, she said, Ivonne, too. They died of Spanish Flu. Grandmere let her dance ballet, because it alone brought her joy. How strange, she said, that she had trusted him so easily. She hadn’t mentioned any of this to her Coryphée… what was she saying… oh yes, she had always wanted to be a dancer. What luck then that he worked on stage and he needed a new dancer. Why not come by to audition for him? All he had done was tell the truth. He did work on stage. And he needed this dancer. 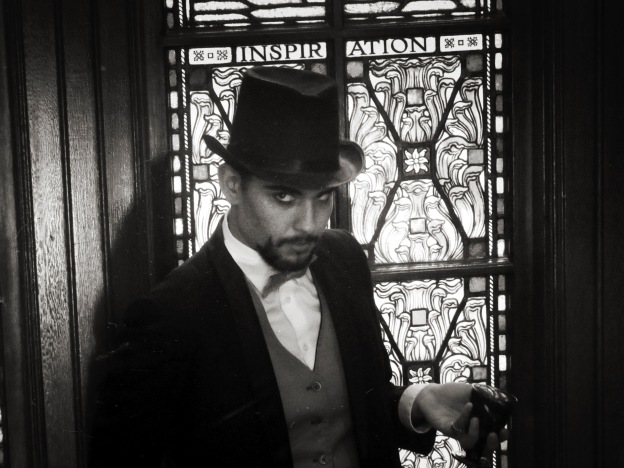 At the stage door, Marguerite drew in a breath, and heard the strains of a voice like her mother’s soprano, that fluttered above everything. Her mother’s arias had lifted from the rattling cough as she turned blue with influenza. Marguerite tried to let go of this memory: Maman’s bare knees , dripping in sweat, and Ivonne’s cold fingers forever clutching the hem of Maman’s nightgown, and Grandmere pulling Marguerite away from the bedside. Marguerite kicked and bit and fought against Grandmere’s bony arms. But Grandmere had survived war and widowhood and losing three going on four of her own six children. She had strength Marguerite knew not. An aria escaped in Maman’s cough, and she said “Marguerite, my daisy. My sweet little daisy… Je t’aime…” The door to the bedroom shut and the aria turned to coughs and then sputtered and then stopped. But she had arrived in the audition room and so stuffed the memory into a little purse in her mind. Why Marguerite danced was because she had not known a time when she had not wanted this, not needed this. 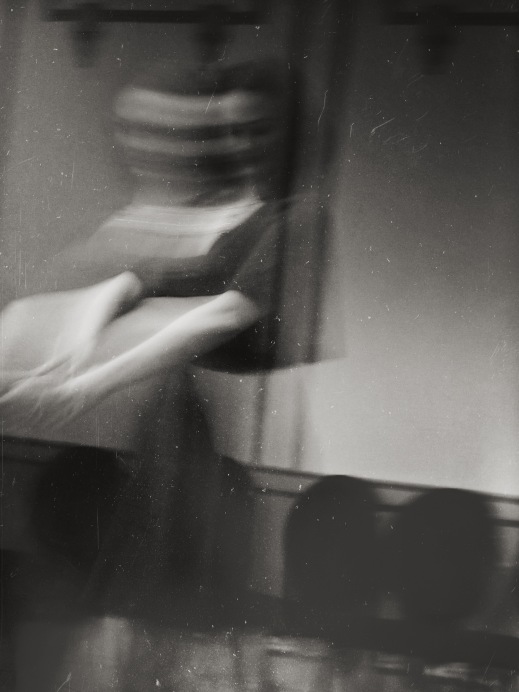 The coincidence was not lost on him. For God’s sake her name meant daisy and daisies mean innocence, naiveté, especially when white. But when turned violet, daisy’s were goodbyes and secrets in bloom. So she was many things, some even contradictions, wrapped into one thing– a daisy, which bends into an arabesque in the wind, when pushed. As he crept closer and closer and closer, he watched the delicate frame of her neck, bejeweled with her mother’s necklace, and horror flashed across her face.

In more ways than one, this is a changed Monster. At first, one must recall, he was pretty much of a thorough-going brute, a killer for the killing’s sake. Now, possibly under the influence of Spring at Universal, he is slightly moonstruck, hungry for kindness and even—oh, perish the thought—for love. He learns to speak, to smoke cigars and drink wine. “Good,” he says gluttonously, and points to the things he wants. – F.S.N

“Sam.” Papa’s voice was rolling away under the sound of the river. Sam’s head breached the water and he caught but the current tore the collar of his shirt and dragged him back into cold water. “Sam.” The voice faded. The cold of the river faded. He was dying. Feeling faded. It was all dark. No it was all nothing. The nothing was filling up with a thousand eyes, scleras wide and pupils pulsating with fire. Sam opened his mouth to scream into the nothing. He opened his eyes as water shot from his mouth and Papa’s face, blanched with terror of loss, screamed above him. “SAM! SAM!” Papa’s arms wrapped around him, held his son close to him. “I can’t lose you. I can’t lose another son. Not again.” Papa cried into Sam’s shoulder but his tears mixed with the river water and Sam did not feel them. As he held Marguerite, and her terror filled her, Sam whispered to her, “I can’t lose you. Not again.” 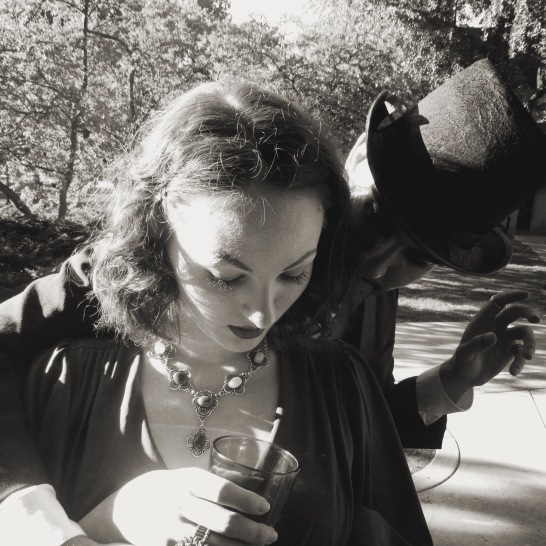 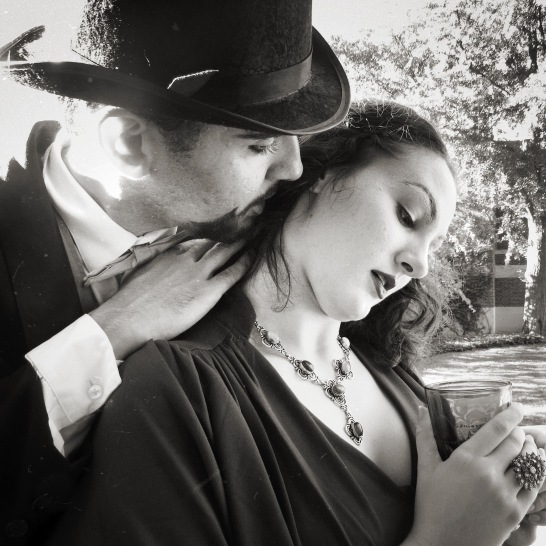 The last time Sam had seen her, she had been sitting at the table, crying into her supper. Her name was Lottie and his was Dixon. He died a week after Gettysburg, hemorrhaging from an amputation gone wrong. The time before that, smallpox had consumed her body and her name was Jessamine and his, Tobias. A lot of Boston had already died; no one noticed her. Once, they had been nobles, but the peasants revolted, so at least they died together. Once before that, they died of plague; she was pregnant at the time. Still another time, she was sent away to a convent by her family, far from him,  cloistered away while he was left to marry without love. She did not remember, of course. But ever since the day he drowned and saw the thousand eyes of himself, Sam had been waiting for her, perfecting his craft so that they would never be parted, The pomegranate bound Persephone to Hades, so would he bind her to himself– just as their souls had always been. They had been nobles and peasants. They had been lovers. She had been a washwoman named Jessamine, tossed in a mass grave. He had been a Union soldier named Dixon, who screamed her name in delirium until breath escaped his lungs forever. Or so he thought. So as she drank, he relished in the thought they had been many things. But now she would be his queen.

When Persephone descended into Hell, when she was taken from Mother Earth, all creation tilted out of balance. She buried her teeth into the chthonic fruitflesh and with it arrived the cycle of life, death, and rebirth. The world tilted but adjusted. So too, when the Corps de Ballet loses one of their own in marriage. Her dreams are no more filled with pointe shoes but a thousand eyes engulfed in flame, waking only sort of and being encompassed in her man’s brilliance. He was bioluminescent. She had lost… something. She knew she had. But she took his arm and smiled– emptied.

And in the haze of what would become the rest of this lifetime, she watched a cartoon in which red imps danced, hands in hands, encircling Persephone in joyful glee and called her the Queen of Hell. Something about that felt so familiar.

View all posts by kaylain522